4/2/2017 EDIT: THIS STORY IS NO LONGER AVAILABLE FOR FREE. I will post a link to the complete novel when it is published :) Author Notes still available below. END_OF_DOCUMENT_TOKEN_TO_BE_REPLACED

4/2/2017 EDIT: THIS STORY IS NO LONGER AVAILABLE FOR FREE. I will post a link to the complete novel when it is published :) Author Notes still available below. END_OF_DOCUMENT_TOKEN_TO_BE_REPLACED

4/2/2017 EDIT: THIS STORY IS NO LONGER AVAILABLE FOR FREE. I will post a link to the complete novel when it is published :) Author Notes are still available below. END_OF_DOCUMENT_TOKEN_TO_BE_REPLACED

4/2/2017 EDIT: THIS STORY IS NO LONGER AVAILABLE FOR FREE. I will post a link to the complete novel when it is published :) Author Notes still available below. END_OF_DOCUMENT_TOKEN_TO_BE_REPLACED

4/2/2017 EDIT: THIS STORY IS NO LONGER AVAILABLE FOR FREE. I will post a link to the complete novel when it is published :) Author Notes still available below.

Warning: This is the fourth story featuring Roan & Ari. You can read their first three stories to make more sense of this one: (EDIT: Removed Dead Links.) Or you can be wild and just read it by itself. END_OF_DOCUMENT_TOKEN_TO_BE_REPLACED 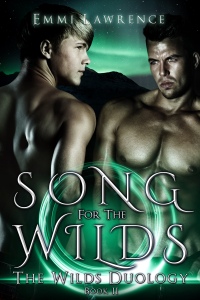 Song for the Wilds is now available!

This novel is the conclusion of The Wilds Duology and is a fantasy adventure/gay romance story, heavy on the fantasy with plenty of mayhem and darkness abounding.

Normally I list six interesting facts about the novel being published, however, I already touched on anything remotely interesting for Haunt’s publication post and the things left I want to say could contain spoilers. I’ll save those tidbits for a future post.

For anyone who didn’t know, I have a lot of short free stories available to read on the bottom of The Wilds Duology page if you’re looking for more from the houndmaster world. I have no plans of removing any of them so check them out at your leisure.

Also, I’ve started work on a sequel trilogy! :) It will be featuring two different houndmasters, ruins, a missing sire and a botanist. Plus a trio of mages from Haunt will be taking advantage of their new-found freedom to jump aboard the fresh adventure train!

Since it is the holiday, I’m putting all my novellas on sale for only .99c through Christmas Day. (It might take a few hours for the sale to take effect, but it’ll be live all day the 25th.) If you celebrate, I hope you’re closer to being ready for tomorrow than I am!

For anyone who loves to read Fantasy or Science-Fiction, there’s a multi-author promotion going on this weekend!

Each book on the page is available for only .99 cents each! There’s also a fantasy/sci-fi romance section as well as a couple of box sets, so there are a lot of good deals. :)

The sale will be going on through the 6th here. 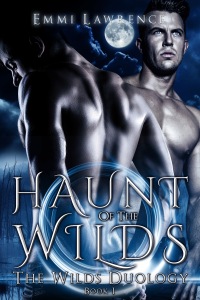 Haunt of the Wilds is live!
The Wilds Duology: Book I
gay romance/adventure fantasy

It’s been a fun month leading up to today and I’ve published a lot of free fiction, but now it’s time for a few non-fiction facts about the book! These are more about the writing-of the novel rather than content :)

1. I wrote the beginning of Haunt back in 2012 and never meant to finish it.

About two days before NaNo that year my plan was to use Nov to finish up another novel I’d been stalled on for a few weeks. In order to jumpstart my creativity and get me back into writing order, I decided to just mess around with some free writing those two days prior to Nov 1st. So, I wrote what ended up being the first draft of De’vii’s part in chapter one.

Nov 1st came around and I just kept going on the new story. Fun fact: that other novel is still unfinished… END_OF_DOCUMENT_TOKEN_TO_BE_REPLACED

Here’s a teaser that actually has nothing to do with houndmasters or wilds at all. Imagine that; there is another main character in the duology :)

These are a couple of journal entries from when Caliebb is in his low teens, shortly after he befriends Epsie.

Epsie says her therapist asked her to keep a journal after she was first rescued and was still recovering in medical. She claims that it helped her from going insane from boredom. That’s what she says, but I suspect she did it more because she couldn’t stand being by herself, too scared she’d close her eyes and wake up back where she started. That’s just an assumption on my part though. Who knows?

That’s really just a long-winded way of saying that she convinced me to give this thing a try. I told her I don’t really remember what I dream about, but I don’t think she believed me given she rolled her eyes and promised not to read it.

But I wasn’t lying. I have a lot of trouble remembering specifics. They’re dreams. They feel real when I’m there, but by the time I’m awake, they’ve become these indistinct muddled flashes with accompanying emotions that make little sense.

They are getting worse though. That’s something I’ve noticed.

The first time I only remember feeling as I were drowning. Woke up coughing.

This time I had been walking along the wharf, but the water looked strange. Calmer than the ocean. And bluer. But then the wood gave out under my feet, the planks splitting and sending me into the water. It only seemed to come up to my ankles, but something in the sand gripped me and wouldn’t let me move. The next thing I remember I was running underneath the wharf, with something chasing me. I kept looking back, but never saw anything, though I could hear whatever it was shrieking at me.

That’s it. Not sure writing this down is going to help. END_OF_DOCUMENT_TOKEN_TO_BE_REPLACED

This one’s easy and, as such, is commonly used. People generally engage in a bed, but there are also kitchen tables, couches, closets, on top of dryers and even public settings—whether actually done where people are watching or simply in a place where someone might catch the couple. Don’t rely on this too much simply because club sex and bending someone over the kitchen table is a bit commonplace in fiction now.

Again, another easy and commonly used idea. This can range from hand jobs/bjs/anal/vaginal to missionary/doggy/kamasutra extraordinaire you name it.

3. Have something important, other than sex, occur in the scene

This is one that gets forgotten by a lot of people. Instead of making the scene a continuation of the story as a whole, the story will read as if you’ve pushed the pause button during the plot, dropped in a sex scene and then picked the story back up afterward. Everyone’s guilty of it at some point or another. The trick is to recognize it and make sure to have something other than orgasms as the focal point of the next sex scene. Which leads me to… END_OF_DOCUMENT_TOKEN_TO_BE_REPLACED

New chapters published every Wednesday!
Next up: Dec 30th 2020