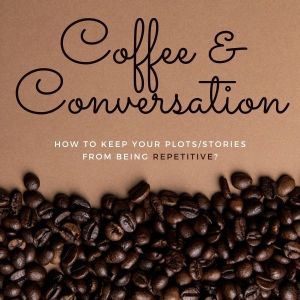 How to keep your plots/stories from being repetitive?

So I’ve already discussed expanding your vocabulary in order to keep your sentence structures from stagnating and also how to keep your characters from feeling interchangeable and both of those will help make a story fresh. However, even if you use new vocabulary and make sure to differentiate the voices of your characters, there’s still a level in your story-writing that can make them seem similar to the point of rehashing the same-old same-old things. This is a mix of your setting and plot.

1) Integrate your conflict with your setting

If you took space out of Star Wars you’d get a very different story. So make sure that the placement of your story is integral to your plot. That you can’t tug it out and throw it away and stick a new one in. Even in contemporary stories, this is paramount. If your story is in New York, it better not be able to be thrown into Chicago. If your story is about a secondary world, then that world better not be able to be replaced by any other made-up world. Make the setting as much a character as your characters are.

If you are setting a series all in the same place, then you might only be able to alter the setting in minute ways, but I urge you to do your best here. To make the characters interact with the setting in a different manner than the last story. Maybe the last character was a tourist in a resort town and was seeing everything for the first time. Maybe the new character has lived there all their life and knows the secret places or the drama behind the sparkles of the place.

When crafting in secondary worlds, always keep your options open. Don’t slap down rules and guidelines that cover an entire world on your first go, leave some space for the world to grow and morph, for new types of people with new cultures and ideas and magical abilities to appear or to have their own pockets of space within this world. Don’t say the desert is devoid of people. Mention a people out there to give the impression that the world is bigger, to give yourself a new way to interact with the setting in the future. Don’t tell me that every island has the exact same creatures on it; give me the impression that each is dangerous in its own way.

If I crochet a chain, then all the chains I create will look pretty much the same, regardless whether they’re fatter, skinnier or made of different colored yarn. If I add layers to my project, then suddenly I have more options on where I can do tighter stitches, loopy holes or shapes. Same with stories. If you only have one single conflict, then it’s easy to see similarities between your story and others. On the other hand, if you layer multiple conflicts–an internal character-driven-one on top of multiple inter-personal ones, on top of a survivalist one on top of a magical, fantastical one–well, you’ve got something far more complicated that won’t feel much like anything else. At least not taken as a whole. END_OF_DOCUMENT_TOKEN_TO_BE_REPLACED