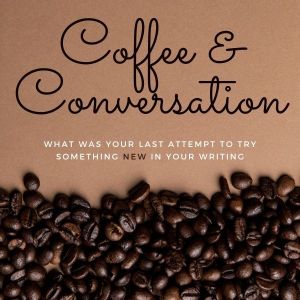 What was your last attempt to try something entirely new in your writing?

Last year, wanting to try something I’m not skilled at, I decided to try writing a story in objective voice. Objective voice is essentially when you’re not allowed to see the world through any character eyes and instead are forced to view the story solely from an outside perspective. Basically, it’s like watching the events happen, but being unable to hop into anyone’s mind to get clarification on what they were thinking or feeling.

All the emotion a person feels, all the thoughts they have…GONE.

All you have is what they do, what they say. You’re basically trying to be as objective as possible in even the description of the setting. It felt like I was just saying “He went there. He did this.” over and over again. I kept wanting to sink into the character and give them a voice, an opportunity to say what they felt.

It was so awful.

Thing is, I’ve read some really amazing stories in objective viewpoint. A lot of Erin Morgenstern’s scenes in The Night Circus and The Starless Sea are done in mostly in objective (she has an interesting voice that seems to combine objective and omniscient), and yet feel wonderful. So I’m obviously missing something. Maybe what I’m missing is that it’s okay not to be strict about the perspective. That it’s okay to write mostly in something and then dip in and out according to my whims.

Perhaps. I might try again at some point. Might need to try head-hopping/omniscient first, taking scenes in and out of different characters’ minds. Get some short stories done that way before I try to pull completely out of someone’s head.