Hey everyone! Bridle the Unicorn’s publication date is set for July 28th, but before my novels come out I always like to publish some free promotional pieces to whet your appetite. In this case, I wanted to come up with something that even those of you who have read the story might still enjoy!

Anyone who followed along last year knows there were a number of times I really—really—wanted to write some of the story from Ari’s point of view, but was unable to because of spoiler city in his mind. So! As a way to let me finally play around in his point of view I came up with an idea that intermixes writing in Ari’s mind with an introduction to the apartment building inside which most of the story takes place.

The beginning of the novel opens with poor Ari incorporeal and unable to find his way back into his body, thus seeking out Roan’s help. So I’ve been writing about Ari’s awful experiences as he floats around, getting tossed outside the building four stories up, finding himself looking at the inside of toilet bowls and altogether discovering secrets about his neighbors that he really, truly did not want to know.

The pieces to Ari’s Tour aren’t long, more like bite-sized snippets broken down based around whose room he’s passing through. In this way you’ll get a pseudo-introduction to all the people living in Roan and Ari’s apartment building, many of whom play parts in the novel to some extent. They are mostly asleep though, since it is three in the morning on a Thursday. 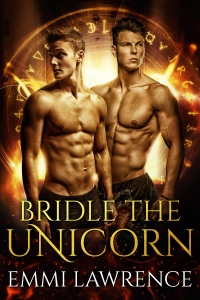 I’ve hidden hints throughout Ari’s Tour that speak to mysteries not solved until the end of Bridle the Unicorn, so if you notice them, no spoilers in the comments!

I’m considering this to be a bit of a challenge for me as well given Ari’s Tour isn’t quite finished, but getting there.

Bridle the Unicorn is on pre-order now for only $0.99.