Edited Dec 28th, 2014: This story has been removed and below is only an excerpt. The entire Siren Song novella will be available for purchase in January 2015. 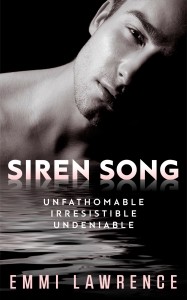 When Mother was gone, Wela turned to Rikel, though she still didn’t look at him, preferring to stare over his shoulder where a neighbor’s cows were meandering downhill. “Your siren started this?”

“No,” said Rikel. He glared at her, gesturing to the sea though only the horizon was visible from this angle. “He saved my life. Saved Narin and the others too. He wasn’t responsible for this.”

“Because he wasn’t there. I was under the hull when it happened. I was right there and he wasn’t with them.”

“Narin said there was at least two dozen. You’re telling me that in the chaos of that fight you might not have missed him?”

“I wouldn’t have missed him! Others, maybe, but I’d know him anywhere.”

Wela’s jaw tightened. “You’re listening to this, right? We need to get you help before you kill yourself. Or worse, kill another shipful of people.”

Rikel recoiled. “I didn’t do this. I fought them, Wela. It wasn’t until later that Caarafk showed up—”

“They all probably have names.”

“But you know his name.”

This is only an excerpt of Siren Song. For more excerpts you can go to the Excerpts page.

New chapters published every Wednesday!
Next up: Dec 30th 2020